We are Amazing Mutts Puppy Rescue, Inc., A not for profit, foster based organization. Founded in May of 2014.

In March 2014 we decided it was time for another pup to add into our family.  We received word that there was a pup...a newfie/rotty mix to be exact.  He was going to be ours.

We were all set to get him on the next Sunday he was going to neutered before he arrived and had already had first shots. We prepared the house, puppy proofed everything, cleaned everything! Put up gates into rooms and then I received a phone call on a Monday Morning....Mak (we had decided on his name) had taken ill on a Saturday. By Sunday our 38# 8 week old pup had passed away.

His immune system was very weak, even though he was the largest in his litter. He was tested for parvo, it was negative. He just couldn't fight to come to us. Sometimes the man upstairs has a different story that's suppose to play out! Soooo.....

We decided since the house was prepared and we were gonna search for that next perfect match, that in the meantime, we would foster. We fostered a litter of lab mix pups. They were 4 weeks old, no mom and pretty healthy. They had worms, coccidiosis and were a handful, but we enjoyed it.  The entire litter lives near our rescue and we wouldn't have it any other way!

And this is how AMAZING MUTTS PUPPY RESCUE was started.  Three years later we are growing in leaps and bounds.  We have a large foster base which allows us to help many dogs.  We pull from rural areas, take in local owner surrenders and have helped in the local shelters.  We are not breed specific, however, we love big dogs! We love Momma dogs with babies, and we love those pups that need a little more TLC than others. 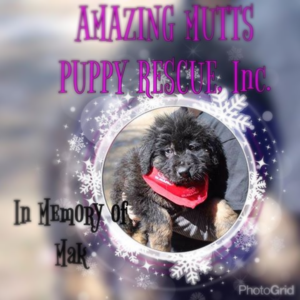 Amazing Mutts Puppy Rescue has one goal in mind to establish an organization that empowers people to come be a part of "Saving Four Paws at a Time". Every dog or puppy we save is because of all the support we receive!  Our rescue relies on donations, adoption fees and fundraisers. Without your help and support, we cannot simply be AMAZING.

A LITTLE ABOUT THE Rescue